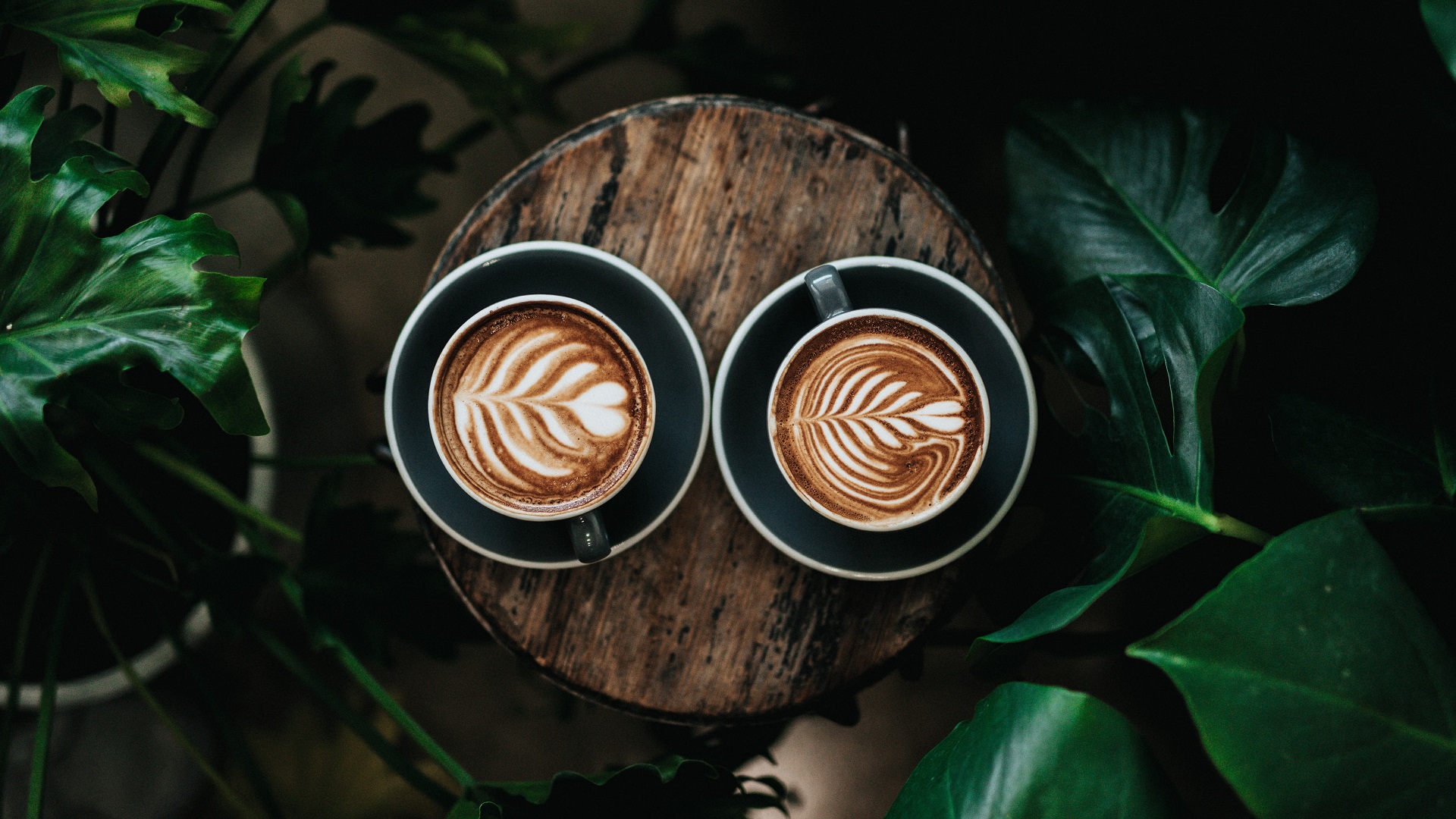 Coffee is one of the most popular beverages in the world, as the coffee statistics confirm. It wakes us up in the morning and can be a delicious treat after a tasty breakfast or lunch. No matter if you like a strong, dark espresso or a sweeter, dessert-like frappuccino or latte, you may not be aware that it also has some great health benefits. Here, you’ll find out more about the coffee industry, the health benefits of coffee, popular coffee companies, coffee production, and more.

But first, take a look at some interesting figures about your favorite beverage:

The Top 10 Most Incredible Coffee Stats:

If you’re one of the people who needs a hot cup of Joe first thing when you open your eyes, grab a cup right now and keep scrolling to learn more about this precious liquid.

1. The average amount of coffee that Americans consume each year increased by 1 kg per capita over a 5-year period.

Last year, the National Coffee Association discovered that 79% of US coffee drinkers make their coffee at home. In 2012, an astounding 84% of them made their own drink. Americans may drink more coffee, but home-brewed coffee is on a decline.

According to some coffee sales statistics, the average American worker spends about $14.40 on coffee on a weekly basis. What’s more, this data doesn’t even include the expenses of making coffee at home. On an annual basis, our coffee habit costs us over a thousand US dollars.

3. Approximately 64% of Americans drink at least one cup of coffee on a daily basis.

The National Coffee Association surveyed more than 3,000 American adults about their coffee drinking. According to the NCA’s coffee consumption data, the number of daily coffee drinkers is on a slow but steady rise. For comparison, in 2016, only 62% of Americans drank coffee every day.

4. When surveyed, close to 48% of millennials admitted they’d had a cup of gourmet coffee the previous day.

Millennials, and younger coffee drinkers in general, especially enjoy gourmet coffee. Because of the younger generations’ coffee preferences, demand in the gourmet coffee market is very high. This also includes espresso-based drinks and ready-to-drink beverages, as the coffee consumption by age statistics reveal.

5. In the US, the average coffee drinker has 3.2 cups of coffee every day.

Some coffee sales stats show that both men and women drink coffee almost in equal amounts. However, the same study shows that when it comes to the price of coffee, women are more concerned about it than men.

6. The smell of coffee is one of the top 3 most recognizable smells to Americans, according to the coffee statistics.

In fact, it’s actually the second most recognizable scent in the US. The smell of peanut butter, roses, and coffee are the top three. It’s no wonder, since Americans are some of the biggest consumers of coffee worldwide.

7. Approximately 45% of coffee drinkers in the US use drip coffee makers.

Americans have dozens of methods for brewing their coffee, and they don’t lack for coffee-making gadgets, either. Statistics about coffee consumption in the US in 2018 report that drip coffee makers and single-cup brewers were the most popular methods for making coffee.

This is the best time to get a complimentary latte, cappuccino, frappuccino, espresso, or a subsidized coffee blend in the majority of coffee bars, restaurants, and cafes.

9. There are only 2 states in America that grow coffee.

The latest coffee consumption statistics by state show that Hawaii and California are the only two US states that have the black, volcanic soil suitable for growing coffee. The majority of the coffee consumed in the US is imported from South America.

Alaska’s coffee drinkers give the biggest tips, leaving 17.5% on average. On the other hand, baristas in New Jersey are tipped the least in the United States. They only get 7.5% on average. Maybe the coffee statistics from 2020 will show some more positive changes. 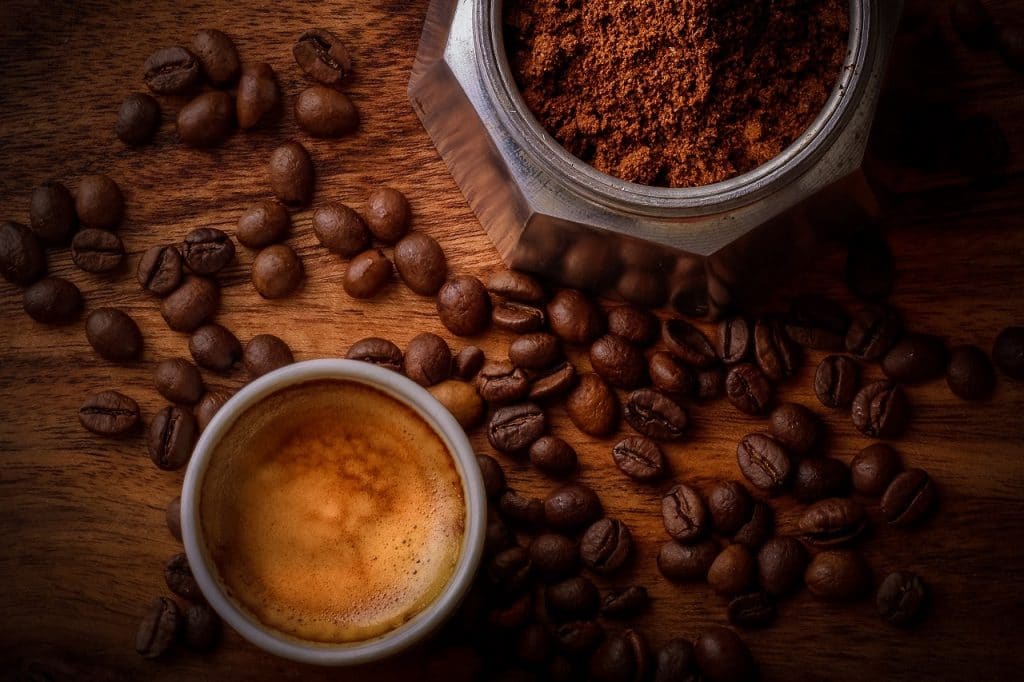 12. Coffee is the second most traded product in the world.

Although it’s the most popular beverage in the world, the coffee industry statistics from 2018 show that it falls into second place among the most traded commodities. The first is crude oil. Nevertheless, coffee trade on a global level is worth more than $100 billion.

14. Coffee consumption statistics worldwide show that more than 70% of the coffee consumed is Arabica.

Arabica accounts for nearly three-quarters of all the coffee consumed around the world. It’s considered the highest-quality coffee variety. It has gained much popularity due to its milder taste and sweet flavor. Additionally, it has less caffeine than Robusta.

15. Approximately 57% of coffee drinkers in the UK add some type of sweetener to their coffee.

According to the coffee drinker demographics, only 30% of Americans add sugar or some other sweetener to their beverage. On the other hand, in India, you aren’t likely to find coffee or tea without milk and sugar added. And in Italy, the most popular coffee is strong espresso.

16. On a worldwide scale, coffee drinkers consume more than 151 million bags of coffee every year.

Additionally, they’re on average 45 years old. It takes time to perfect specialty coffee blends, especially the most famous Italian espresso. They’re so serious about their espresso, they even have official legislation to regulate the beverage’s pricing. 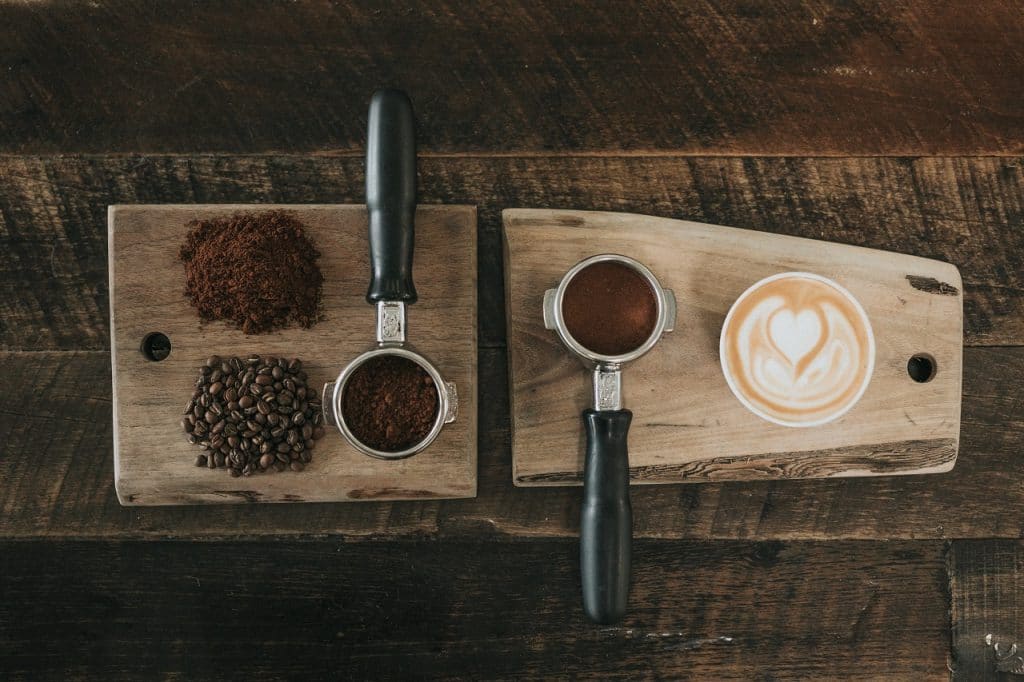 18. The global coffee industry is worth more than $100 billion.

The coffee industry is steadily growing by 5.5% every year. As a note, almost all of the world’s coffee stock is produced in developing countries, with South America leading the world in coffee producers. The export industry alone is worth more than $20 billion and is also on a steady rise.

According to the coffee statistics from 2019, the US generated the most revenue when compared to the rest of the world. This yearly revenue averages out to more than $245 per capita. In addition to this, the average coffee consumption per capita in the US is 3.7 kg, in 2019 alone.

Europe has the largest portion of the global coffee market, with the most coffee drinkers worldwide. As the coffee industry trends from 2018 show, the average amount of coffee consumed per person in Europe is 3.3 kilograms every year. It’s estimated that coffee consumption in Europe will remain stable in the following years.

This is the biggest retail coffee shop chain in the world. They’re known and loved for their dark-roasted coffees. However, as some of the latest coffee shop industry statistics reveal, Starbucks actually sells more milk by volume than coffee, since milk is a major part of their beverages.

Additionally, there are more than 9,000 job openings for baristas in the United States alone. It’s estimated that the demand for employees in this industry will grow by 4.57% by 2026, according to the stats about coffee industry growth from 2018.

Baristas in California make an average of $12 an hour, before counting tips. In addition to this, the average hourly wage for a shift manager is $14. After California, there are New York, with more than 35,000 baristas, Texas, with over 31,000, and Washington, with over 22,000.

It’s estimated that there are approximately 24,000 independent coffee shops in the US. Every day, they each serve around 250 cups of various coffee-based beverages, with the price of an espresso averaging $3.48. Moreover, each coffee shop employee brings in around $50,000 in sales. 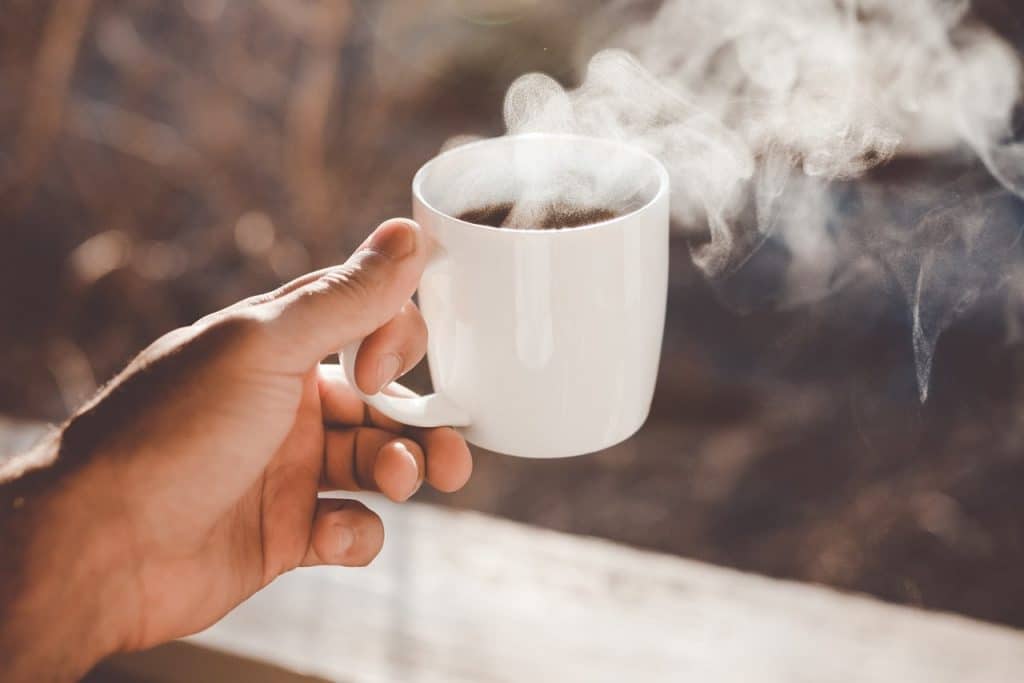 The actual amount depends on the individual’s weight—and cases of dying from a caffeine overdose are rare. Coffee consumption statistics from 2017 reveal that one teenager from South Carolina died after consuming a latte, Mountain Dew, and an energy drink. Unfortunately, this combination caused an arrhythmia.

27. Regularly drinking coffee reduces the chances of suicide by 50%.

A Harvard coffee study discovered that caffeine affects the chemicals in the brain. As a result, both men and women who drink coffee on a daily basis are less likely to commit suicide.

28. The coffee statistics from 2018 reveal that 44% of Americans drink coffee with breakfast.

Research shows that breakfast is the most popular time for a cup of coffee. This same group of surveyed Americans also reveal that they prefer water or some other drink later in the day. Also, a quarter of them drink their coffee straight, without milk or sweeteners.

29. Approximately 55% of coffee drinkers would rather gain weight than give up drinking coffee.

As the coffee consumption statistics from 2018 show, US coffee drinkers have more than 400 million cups of coffee every day. This love for coffee explains why more than 52% of Americans would rather skip their morning shower to get coffee, and 49% of them would even go a month without their phone than give up their favorite beverage.

30. People with higher incomes are more likely to drink coffee.

A study found that income affects coffee drinking habits. Close to 66% of people with higher incomes consume coffee. Conversely, the coffee statistics from 2016 report that 58% of people whose income is lower than $30,000 drink coffee.

One of the key chemical compounds in coffee is chlorogenic acid, which affects the flavor and also helps people’s digestion. However, there are more than 1,000 other compounds that influence coffee’s complex flavor. 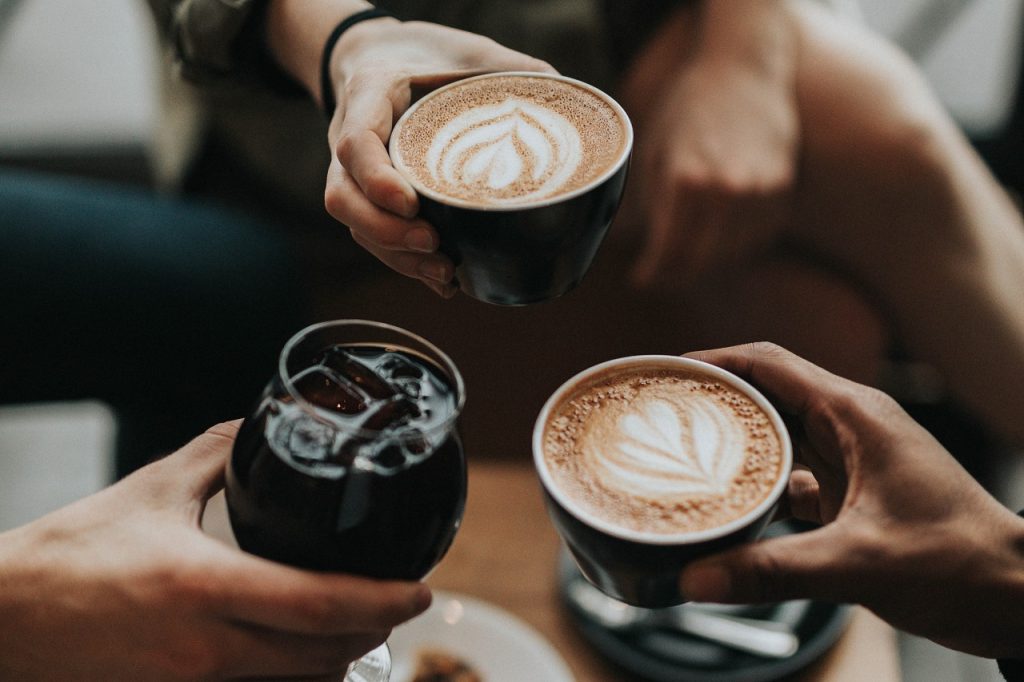 1. Why do most people drink coffee?

Caffeine, the main compound in coffee, helps people feel awake and energized. In addition to this, caffeine creates addiction, and this is one of the main reasons people drink coffee every day. On the other hand, coffee has become a social drink, just like alcohol, so people consume it in various social meet-ups.

2. How many people consume coffee in the world?

Millions of people consume coffee on a daily basis. Every day, the world drinks more than 1.4 billion cups of coffee, according to the International Coffee Organization. The biggest coffee consumer is by far the United States, where approximately 45% of the world’s coffee is drunk.

3. What percentage of people drink coffee?

It’s not very easy to calculate the exact proportion of coffee drinkers, and the data varies quite a bit. For reference, some statistics claim that 83% of American adults drink coffee every day, while other studies report that 54% of the US drinks coffee. On average, the number of coffee drinkers is about 157 million people in the US alone.

4. Which countries consume the most coffee?

5. Which US state drinks the most coffee?

The US is the second-largest coffee importer, and across the country, Americans consume more than 25.8 million bags of coffee. The leaders in coffee consumption in the US are Washington (the home of Starbucks), Oregon, and California.

Coffee is one of the most popular beverages in the world, as all of the coffee statistics above show. If consumed with moderation, it can energize you, help you burn fat, wake you up, and bring you numerous health benefits. It can also be a great drink for social gatherings, or just a quick pick-me-up while working or studying. It not only helps us survive a stressful day at work or school, but it also prolongs our lives. So if you don’t mind the caffeine content, have a cup!

Mirjana is an experienced content writer with a Master’s degree in English philology and literature. An avid reader, dark chocolate connoisseur, and coffee addict, she is passionate about writing quality content based on thorough research and facts. Health, animals, literature, and human relationships are just some of the topics she has covered so far.

41 Addiction Statistics & Facts That Will Startle You

What Is the Autoimmune Protocol (AIP) Diet & Does It Work?