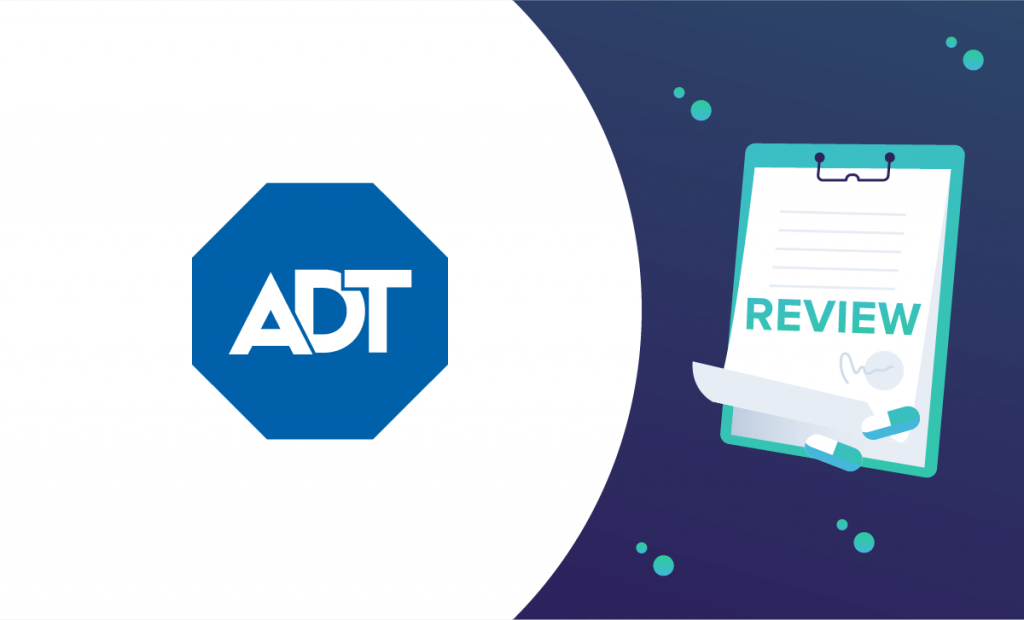 By Dr. Nikola Djordjevic, MD
Get a Deal

ADT is one of the most trusted home security companies in the world. In recent years, it has expanded and opened a health division as well, called Health & Senior Safety on ADT’s website.

ADT Security Services went into business 140 years ago. The company began with a simple product—a telegraph box designed to call for help when police weren’t as accessible. Over time, it has grown into the leading home security business. Good news for people in need of medical alert systems, ADT nowadays can help you get help instantly in case of medical emergencies.

After going through several ADT Medical Alert reviews, we discovered there are mixed feelings about the overall quality and performance of the devices this company offers. We took it upon ourselves to test them in person and tell you all about their specific features.

ADT medical devices come in three flavors, all built to provide safety and encourage independence, whether at home or out and about. To achieve this, ADT came up with two home base monitoring units and one mobile solution.

These devices work on pretty much the same infrastructure the company uses for its other home security products. That being said, it shouldn’t come as a surprise why so many people choose ADT as the safest option for medical alert devices.

The most basic and affordable medical device by ATD is this in-home system, which connects via a landline. This system covers a very small range. Users wearing the pendant can only move up to 300 feet from the base.

There is not much that sets the Basic solution apart from comparable medical alert devices. However, its base unit monitors the temperature in the house, a feature we don’t usually encounter in other in-home systems.

Medical Alert Plus works similarly to the Basic device. However, this one uses a cellular network, which is considered an upgrade from the landline option.

The cellular base unit works wherever there’s an AT&T network. The unit is white and comes with three large buttons that glow at all times. Although this is a major pro in case of an emergency at night, users can’t turn them off or dim them, which, on the other hand, is a minor con.

Moreover, the ADT medical alert battery life of 20 hours is one of the shortest we’ve encountered. There are systems that come with a five-day battery span, like the Medical Guardian Active Guardian medical alert.  However, considering that this is a device meant for in-home use, battery life is not the number one priority.

As with other systems, you can choose from an ADT medical alert necklace or a wristband. Both of these options are 100% waterproof, but the rather short 600-foot range could use some improvement.

On the other hand, LifeStation’s At Home system earned the lowest score for its 500-foot Help button range, so ADT is still a slightly better choice for users who prefer longer ranges. If you are basing your choice on pendant range, take a look at our Bay Alarm Medical In-Home review. With 1000-foot coverage, it won’t let you down!

The microphone and speaker are on the upper half of the base unit. They enable clear, two-way communication with a trained live agent.

Our ADT Medical Alert Plus review goes even further in explaining all the features of this system, so check it out if this seems like a good solution for you.

ADT’s mobile solution is here to support active seniors who appreciate their freedom. Similar to the above discussed Medical Alert Plus, this system also uses AT&T’s cellular network for communication.

Unlike any other mobile system that we tested, ADT’s mobile solution requires you to wear both the base unit and the pendant when you’re out and about. However, the base unit is not exactly a traditional home base.

As a matter of fact, just like the Medical Guardian Mobile Guardian, this system doesn’t come with a home console. Hence, it has quite a limited range, allowing only 100 feet between the mobile base station and your pendant. Usually, mobile alert systems that are meant for on-the-go use offer coverage wherever there’s a cellular network, and you only need to carry the wearable pendant with you.

The device is enhanced with GPS technology, enabling operators to find your exact location. This means that if you call for help but can’t speak and share your location, help will still arrive. On a negative note, contrary to other ADT alerts, this one doesn’t offer temperature monitoring.

Moreover, while fall detection comes as a built-in feature in most mobile solutions, in this case, you have to bear additional costs to get this feature. However, we won’t make a fuss about this, since there are other brands that require an additional payment for fall protection, like, for instance, MobileHelp.

It’s hard to find a medical alert provider that can match the number of additional features Alert1 offers. However, there are some providers who put forward a significant amount of upgrades. But there are also those who fail to give their customers a choice when it comes to additional features.

The ADT medical alert service is overall a solid choice, but additional perks are not the company’s strongest point. We did appreciate the temperature monitoring option that comes as a built-in feature for the Basic and Plus models.

As we mentioned, not many in-home models come with such properties. Moreover, GPS technology comes with the mobile solution without any additional costs.

Unfortunately, there are no such upgrades like wall-mounted buttons, voice extenders, or medication dispensers. Be aware that ADT is a home security company first, and it has an abundance of products you can get to upgrade the safety of your home. However, they are separate systems that come at full price.

Luckily, you can get an ADT fall detection pendant. The pendant is compatible with both the Plus and Mobile packages. This pendant can alert ADT in case of a fall, even if the help button hasn’t been pushed. The pendant is waterproof, meaning you can wear it in the shower too.

Multiperson monitoring is another upgrade ADT offers. The payment plans for additional pendants are among the most affordable options, as we will discuss below.

How Much Does ADT Medical Alert Cost?

Basic and Plus Models

If you are on a budget and not in need of a fall detection or cellular base unit, the Basic model may be the right fit for you. For less than $30 a month, you will gain access to 24/7 landline monitoring and the limited 300-foot pendant coverage.

The Plus model is a better option for those who don’t have a landline. Moreover, it comes with an upgraded pendant range of 600 feet from the base. It costs around $36 per month, and you can upgrade it with fall detection properties for a $10 monthly fee.

The On-the-Go ADT Medical Alert comes at a higher price of something a little less than $40. It is a fully mobile solution that can be upgraded with fall detection technology for $10 a month. If you want to add fall detection for other members of your family, the second person will also cost $10. However, there are no additional fees for the third and fourth person, aside from a one-time payment of around $25.

Similar to this, you can add up to three additional monitoring pendants. Additional ADT wearable pendants cost around $15, and the monitoring comes at a price of $5 per month for the first pendant. On the plus side, there are no monitoring fees for the next two people you want to add.

We appreciate that there are no long-term contracts required with ADT. But the company works with monthly subscriptions only, putting this company in the same basket as Philips Lifeline. In addition, there are no discounts for longer commitments. On the bright side, you won’t be charged for installation, cancellation, or shipping of your ADT medical alert system.

Since ADT is primarily a home security company, it monitors a number of different systems. This means that it doesn’t specialize in offering help in one branch only. However, the company doesn’t let the quality of its call center suffer because of this.

ADT offers a capable 24/7 service, just like any other medical alert provider does. Its staff is fully trained to help in case of medical emergencies. But if you buy an ADT medical alert device, you are offered support in English only, unlike some other providers that offer language support in more than 150 languages.

As far as response time is concerned, we thought the company could do better. ADT claims its representatives will answer quickly and behave professionally. However, it doesn’t specify the training that center reps have to go through. Moreover, its monitoring centers are not CSAA Five Diamond Certified.

After placing a few calls to the call center, we discovered that the average response time is around 35–40 seconds. There were a couple of ADT medical alert system reviews that argued the response time to be around 45–50 seconds. We’ve encountered such complaints in customers’ feedback as well.

ADT is one of the leading home security companies in the States, meaning it is highly trustworthy. Although ADT is relatively new in the alert system industry, it already came up with three different solutions to support senior independence and security.

ADT in-home systems come with room temperature monitoring properties, a feature that other devices of this kind seem to lack. The large buttons on the base unit enable users with damaged sight to easily access help. Every medical alert ADT offers connects to a 24/7 response center at the push of a button. The pendants are 100% waterproof, and every additional one comes at a flat rate.

What we disliked the most is the limited number of additional features. Wall-mounted buttons, for example, add another layer of protection, but the company fails to deliver those. There are no lockboxes, fire detectors, or medication dispensers either.

In our testing, the response time was around 35–40 seconds, which is not exactly the best score. More than one ADT medical alert system review suggested the response time to be even worse, although it was not too many.

The lack of payment plans is a major disadvantage as well. While there are brands that offer up to five payment options, ADT works with monthly subscriptions only. The battery life is yet another drawback, which nobody can turn a blind eye to.

All things considered, ADT is among our top recommendations for a medical alert system provider. It offers three solutions that can boost a senior’s independence and give them peace of mind.

After going through a few of the ADT Medical Alert reviews we found online, we came to realize they all discuss the same pros and cons brought up in our review. That being said, let’s come to a mutual agreement and conclude that ADT is totally worth a try! 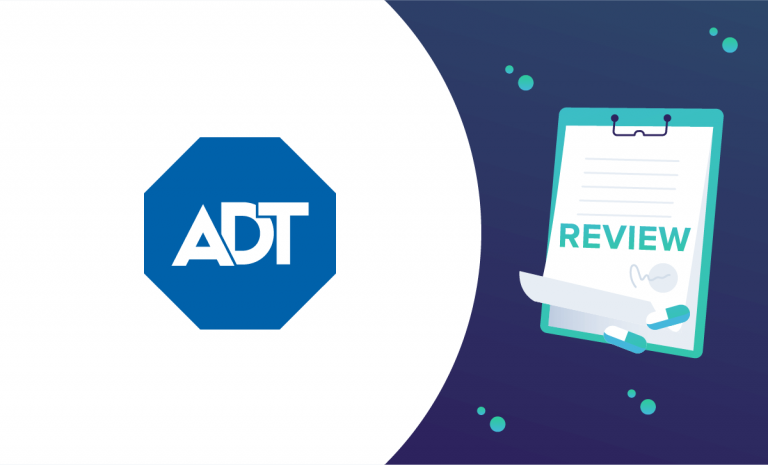 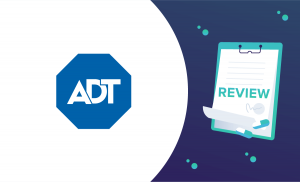