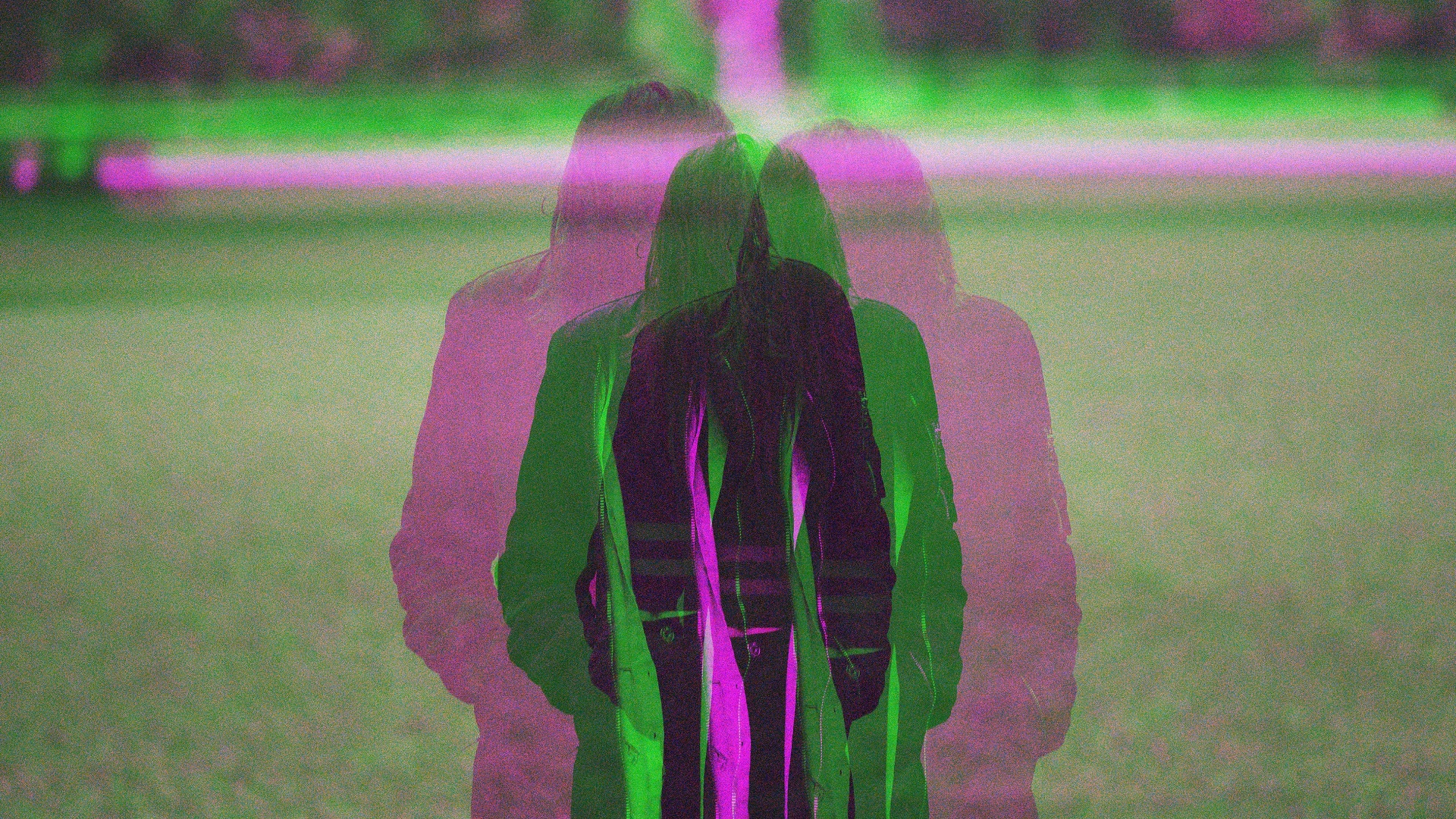 The schizophrenia statistics continue to demonstrate how serious this chronic mental disorder is. The condition affects a person’s perception of reality to an extent that can eventually, if left untreated, lead to severe disability.

Delusional ideas, false beliefs, difficulties concentrating, and disordered thinking are only some of the symptoms occurring during the so-called psychotic episodes—the hallmark of schizophrenia. The severity and duration of these episodes vary among patients. Thus, it’s vital to consult a psychiatrist as soon as the suspicious symptoms appear.

As usual, we’ve come up with some helpful facts for you to know about this condition.

A Review of the Key Schizophrenia Facts and Statistics 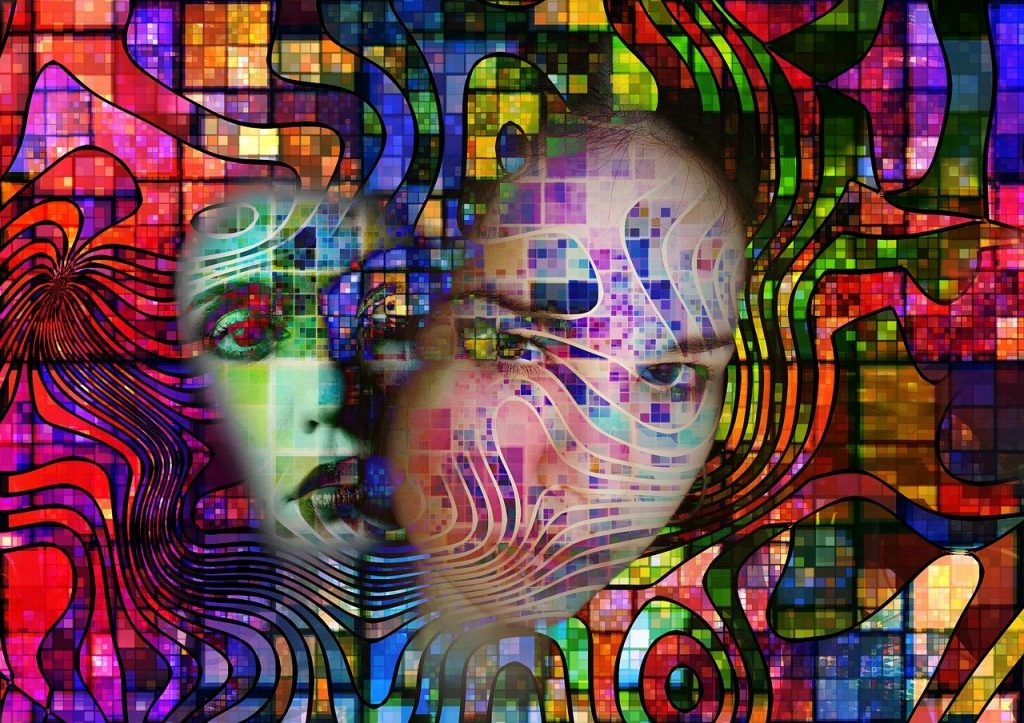 1. Those diagnosed with schizophrenia usually don’t talk about it in order to avoid social stigma.

Schizophrenics who disclose their diagnosis are usually stigmatized as lunatics, violent, or dangerous. As a result, people who get diagnosed often hide it, even from their families. What contributes to this stigma the most is the media, which often links schizophrenia and violence, and statistics and studies show that we tend to depict schizophrenic patients as aggressive and threatening.

2. Schizophrenia could be influenced by environmental conditions.

While genetics are a significant contributor to potentially developing schizophrenia at some point in life, this isn’t the only factor. According to the interesting facts about schizophrenia we found, its causes include several intertwined factors, such as genetic predisposition, brain chemistry, and family relationships. However, these influences can also be seemingly unrelated things such as fetal malnutrition, exposure to viruses, or drug use.

While known to have died from diabetes complications at the age of 60, Barret seems to have had schizophrenia, too. The condition was most likely linked to his genetics, as well as a stressful childhood and career, which consequently triggered the abuse of psychedelic drugs in his twenties. One of his colleagues, Roger Waters, commented that he’d “always had strange thoughts.”

4. To separate out the schizophrenia facts and myths, you need to know that schizophrenics do not have “multiple personalities.”

In fact, it is patients of dissociative personality disorder who have problems with different personalities. The core problem that schizophrenics have trouble with is the faulty data going through their minds, causing them to experience sensations without any stimuli (this includes auditory and visual hallucinations). 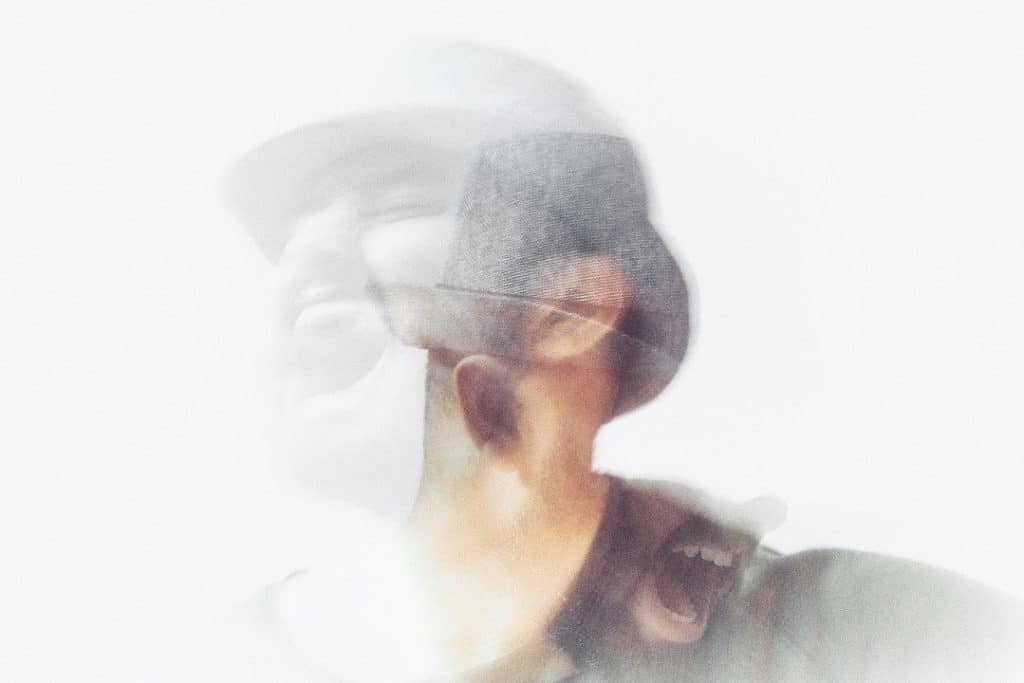 5. The economic costs associated with schizophrenia are around $32.5–$65 billion per year.

Schizophrenia might be the most expensive of all mental disorders, requiring approximately double the yearly expenses compared to depression. But unlike depression, which can eventually be cured, schizophrenia is a lifelong condition, characterized by relapses and frequent hospitalization, which increases expenses.

It’s difficult to determine the number of people suffering from this disorder, mostly because of its complexity and overlappings with other conditions. However, the data collected regarding schizophrenia statistics in 2018 suggests that less than 1% of Americans suffer from schizophrenia.

7. Reportedly, pharmaceutical companies are developing over 15 new medications for the treatment of schizophrenia.

Until now, the cornerstone of lifelong therapy required by schizophrenic patients has been antipsychotics. The goal of antipsychotics is blocking dopamine, since problems with the release of dopamine can produce psychotic episodes. Nowadays, brand-new types of therapy are undergoing testing. This includes a method known as transcranial direct current stimulation (tDCS), which has previously been used in the treatment of stroke victims.

8. Stats about schizophrenia suggest that it affects 33% more men than women.

Of the 23 million people worldwide suffering from schizophrenia, 12 million are males, which is significantly more than the 9 million women. Additionally, the onset of schizophrenia has been reported to occur earlier in men (it might even happen during their teenage years, while females are usually reported to get schizophrenia in their late twenties)

9. Further statistics about schizophrenia reveal that over 40% of people with the condition attempt suicide at some point in their lives.

And this is another case where the data is more alarming for men—60% of male patients attempt suicide. The largest number of suicide attempts occur during psychotic episodes, when patients are less aware of reality.

10. Your chances of getting schizophrenia are 40%–65% greater if you have an identical twin who has already been diagnosed.

Schizophrenia statistics from a 2017 study examining data collected from over 30,000 twins confirmed that there is a 40%–65% higher risk for the disorder if an identical twin had been diagnosed at some point. However, since schizophrenia isn’t all about genetics, this depends on lots of other factors.

11. Schizophrenic patients are thought to have a 4–6 times greater chance of committing a crime.

As per data from various papers on schizophrenia and crime, statistics show that there is a certain correlation between the two. Researchers are still uncertain about what exactly the trigger for criminal behavior is in schizophrenic patients, but it can be “guesstimated” that auditory hallucinations are to blame.

12. About one quarter of schizophrenia patients actually have physical changes in their brains that can be seen on CT scans.

Recent stats on schizophrenia indicate that there are subtle changes in the brains of people with the condition. In CT scans, these changes can be observed in axons (or “wires,” along which signals are sent between our brain cells) and in the cerebral cortex, where patients are losing grey matter density.

Long-term schizophrenia patients have a higher probability of developing diabetes. The link between the two might not be obvious, but it has much to do with poor self-care. Patients stop paying attention to their diet and are often inactive. Additionally, there’s speculation that particular antipsychotics can contribute to the onset of diabetes.

14. Often, schizophrenia is linked to violence, but statistics break the misconception.

The largest European study from the first half of the decade, conducted on 8,000 examinees with schizophrenia, specified that the vast majority of violent schizophrenic patients also abuse drugs. With this correlation, the violence could actually be ascribed to the influence of various psychoactive substances.

Although statistics on the rate of schizophrenia show fairly high numbers in Australia, the government is diligent about creating different strategies for improving mental health treatments and services. As a result, a series of mental health programs have been initiated in previous years.

16. 40% of patients with schizophrenia or schizoaffective disorder are left-handed.

The rationale behind this was quite challenging for scientists to come up with, but they eventually agreed that left-handedness can be linked to various creative skills in different fields. It’s been speculated, therefore, that artistically creative individuals could be more likely to suffer from either schizophrenia or schizoaffective disorder.

The majority of people who take their medications regularly respond to treatment and continue with their normal life routines. The examinees reported that over a 10-year period, another 25% of people experienced improvement in their mental state and are able to function independently. The remaining patients either feel that they need constant support and assistance or get hospitalized.

18. A recent study suggests that 51% of the examinees diagnosed with schizophrenia were mistakenly diagnosed.

With respect to schizophrenia misdiagnosis, statistics show that anxiety patients in their 20s or younger were most commonly given the wrong diagnosis. Anxiety causes a broad spectrum of symptoms, some of which can look like a psychotic episode and induce the wrong diagnosis.

19. Children under the age of 13 can also get schizophrenia, although the prevalence is one in 40,000, according to statistics on schizophrenia.

Although rare, childhood-onset schizophrenia isn’t impossible, and it’s an extremely serious condition that needs urgent medical attention. It isn’t easy to catch the symptoms in children, since the onset is gradual, and even healthy children tend to have vivid imaginations. However, if parents have any doubts about whether it goes beyond the limits of what’s normal, they should consult a pediatrician. 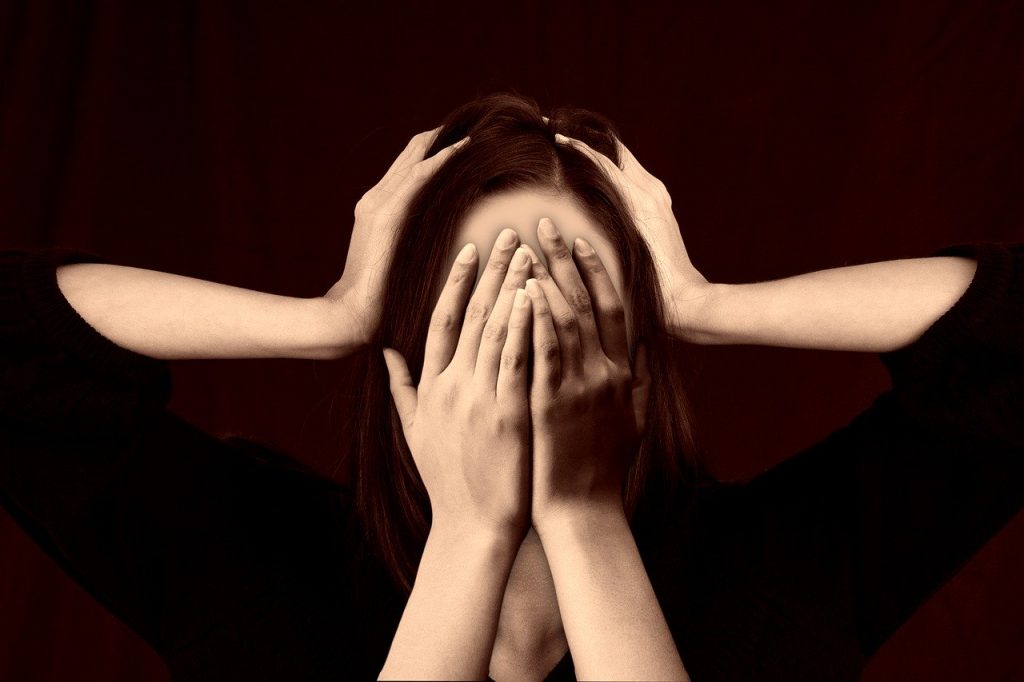 1. What percent of the population has schizophrenia?

This severe mental disorder affects about 0.3% of the world’s population (21 million people). This is a relatively low number, especially in comparison to the incidence of other mental disorders, such as depression.

Schizophrenia is a treatable mental illness. Patients and their families should be aware that it can’t be completely cured, and relapses are expected. Nevertheless, with proper treatment (usually a combination of antipsychotics and psychological therapy), long periods without a single symptom can be achieved.

3. What percentage of schizophrenics recover?

According to recent studies conducted in Norway, more than half of the examinees diagnosed with schizophrenia said that they felt well after four years of treatment. However, it’s important to highlight that these patients were younger and started their treatments promptly after experiencing the first symptoms.

4. Does smoking weed cause schizophrenia?

5. Who is most affected by schizophrenia?

There are different parameters that can be taken into account in order to answer this question. For example, when it comes to age, three-quarters of the individuals diagnosed with schizophrenia became ill between the ages of 16 and 25. Onset after one’s thirties is rare. Also, the illness affects males more than females, so we can say that very young men are the ones most frequently affected.

According to the schizophrenia facts, paranoid schizophrenia was considered a type of schizophrenia until several years ago, when the fifth edition of the Diagnostic and Statistical Manual of Mental Disorders (DSM-5) rearranged the categorization and listed paranoia and severe delusions as a symptom of schizophrenia, rather than a separate type of it.

7. What country has the highest rate of schizophrenia?

It’s difficult to determine this due to the complexity of the illness. The schizophrenia statistics worldwide indicate that Australia has high rates. In the US, Latino Americans are far more likely (up to three times!) to get diagnosed than Euro-Americans.

8. Is schizophrenia a mood disorder?

Not exactly, although changes in mood might be present. Unlike people with mental illnesses that are characterized primarily by mood changes with no cognitive impairment (such as bipolar disorder), a schizophrenic patient’s perception of reality becomes distorted. This then results in severe hallucinations.

9. What schizophrenia treatment is the most successful?

Most stats on the treatment of schizophrenia include antipsychotics as a vital first step. Nevertheless, some patients might benefit from CBR (cognitive behavioral therapy).

10. What are the negative, as well as the positive, symptoms of schizophrenia?

Positive schizophrenia symptoms refer to those that “add” to a patient’s state in some way. Hallucinations, delusions, and occasional uncontrollable movements fall into this category. Meanwhile, negative symptoms refer to the opposite. In the case of schizophrenia, this could include the inability to express emotions or to participate in social situations.

While there’s no way to prevent the onset of schizophrenia, it’s crucial to be able to identify whether you or someone you care about is at risk—and to know what can be done to help. We believe that the schizophrenia statistics and facts we analyzed for you have provided at least a bit of a clearer insight into this difficult condition. Still, bear in mind that schizophrenic patients can enjoy their lives to the fullest, as long as they’re disciplined in following their psychiatrist’s treatment plan and are given the right emotional support.

Sanela has always found pleasure in studying linguistics and the way language formed modern-day human interaction. As she pays great attention to details, she's especially fond of written language, a powerful tool that lets her shape her thoughts into words as precisely as possible. Apart from language passion, she believes that a healthy body equals a healthy mind and vice versa, and therefore is a devoted researcher of this reciprocity.

34 Important Down Syndrome Statistics & Facts to Be Aware Of

30 Staggering Healthcare Statistics to Know in 2020

30 of the Most Shocking Mental Health Statistics & Facts

50 Organ Donation Statistics & Facts That Could Save Lives