HomeBlogDehydration in the Elderly: All Questions Answered

We all know that drinking lots of water is good for us. And most of us try to stay hydrated by following recommendations for how much liquids we should drink daily. Dehydration in the elderly is a serious issue. It’s pretty common, and it can have dangerous consequences. Yet, it’s often overlooked. In this post, we will explain every aspect of dehydration in general, with a particular focus on dehydration in seniors, which we’ll cover in detail. Keep reading, and find out everything there is to know on the matter. Let’s begin!

Dehydration is a term used to describe the lack of water in the body. Quite simply, dehydration occurs when you lose more water than you consume. When the body lacks water, it can’t function properly. While everyone can become dehydrated, children and the elderly are especially susceptible, which is most dangerous for them.

Moreover, some dehydration symptoms in elderly people can be masked (for instance, skin tenting), leading to a delayed diagnosis. Often, dehydration is diagnosed in the hospital when it has already caused a severe problem. That’s why it is essential to know its causes and symptoms so that we can act swiftly to prevent and treat it.

What Causes Dehydration in the Elderly?

The following reasons can cause dehydration in any age group:

Risk Factors for Dehydration in Seniors

As people get older, their body’s fluid reserve gets smaller, and their ability to keep water is reduced. Moreover, their thirst sense gets less acute. There’s an increase in these problems due to chronic diseases, like diabetes and dementia, or the use of specific medications. Moreover, another reason behind dehydration in elderly adults is that older people may have mobility problems, limiting them to obtain water by themselves. Not only are older people at risk of dehydration, but several others, like people with chronic illnesses, infants and children, and people who work or exercise outside.

Why Is Dehydration More Common in the Elderly?

Numerous changes happen in our bodies as we age. That includes the very composition of our body and how it stores water. On top of that, chronic conditions and illnesses accumulate over time, as well as the medications we take to treat them, which can also contribute to dehydration. So the answer to the question “What causes dehydration in older adults?” is most likely to be found among the following reasons:

What Are the Symptoms of Dehydration in the Elderly?

It’s always a good idea to take a sip of water if you notice any of the following early signs and symptoms of dehydration in elderly people:

If dehydration is not addressed in its early stages, chronic dehydration symptoms can quickly develop:

Can dehydration cause confusion in the elderly? It certainly can. If a senior is suddenly showing signs of confusion or any other severe symptoms of dehydration, they must see a doctor right away. For a senior, it always helps to have a medical alert system around, just in case.

Dehydration in the Elderly and COVID-19

One of the COVID-19 symptoms people aren’t particularly thrilled to talk about is diarrhea. Approximately 20% of COVID-19 patients experience this symptom. If untreated, diarrhea may become dangerous. So, how can diarrhea lead to dehydration in elderly adults? When people experience diarrhea, their bodies can’t maintain the crucial water and sodium balance, causing dehydration. Coupled with the virus, the side effects of dehydration in elderly people affect their:

Believe it or not, it can also cause a full-body infection—sepsis, resulting in death in some cases. Therefore, the best way to treat dehydration caused by diarrhea is using proper oral hydration to regain the fluid loss, as these products usually contain sodium, potassium, citrate, starch, glucose, and bicarbonate acids.

Why are we so concerned with dehydration? Because, if untreated, it can cause very severe complications, including:

How Is Elderly Dehydration Diagnosed?

If you notice the above signs and symptoms and are concerned an older person might be dehydrated, there are a few ways to check it at home. If you have a blood pressure monitor, check to see if they have low blood pressure and a rapid pulse. Next, check for skin tenting by pinching their skin and seeing if and how quickly it returns to normal. This is an unreliable sign, and you shouldn’t delay a visit to the doctor’s office if the older person is unwell.

Your doctor will make an initial diagnosis based on the signs and symptoms of dehydration in the elderly. However, the definite diagnosis must be based on blood tests and urinalysis, which will reveal the whole picture and the severity of dehydration. A blood test for dehydration in the elderly and a urine analysis can show us how concentrated the blood is, directly telling us if there is a lack of water in the body. We can also check if there’s an imbalance of electrolytes and how the kidneys are functioning. This will also determine the course of action and the treatment protocol.

The treatment of dehydration depends on:

If the condition is mild, the recovery from dehydration in elderly people can occur after increasing oral fluid intake. Water will do, but sports drinks that contain electrolytes can be a better solution. Moderate dehydration needs to be treated in a hospital setting, such as the ER because the loss of water and electrolytes have to be compensated through an IV. Severe dehydration in elderly people may even require dialysis in addition to the treatments above. If something specific, such as diarrhea or vomiting, is causing dehydration, the doctor should also treat the underlying causes.

Preventing Dehydration in the Elderly

As you know, seniors have to take extra steps to ensure proper hydration. However, knowing the risk factors enables you to handle them one by one. Preventing dehydration in elderly people is easy with the right plan. Taking the following steps should prevent dehydration:

We believe that this condition has been overlooked for far too long. Not only are dehydration and the elderly closely related, but these people are also more at risk of suffering severe consequences. Some of the most severe are urinary tract complications, seizures, heat injuries, and hypovolemic shock. This is partly because some symptoms can be masked, so dehydration in the elderly can be discovered later and require a more complicated treatment. Hopefully, our detailed guide will help you prevent dehydration from ever occurring.

What is an early sign of dehydration in the elderly?

Some of the early signs of dehydration include:

It’s crucial not to ignore these early signs, as they may become more serious later on.

How does dehydration affect the elderly?

Older people have greater chances of dehydration than younger people. In addition, not drinking enough fluids may significantly impact the body, especially in the elderly. Moreover, severe dehydration in the elderly may cause confusion. Also, it may lead to weakness, bedsores in bedridden patients, pneumonia, urinary tract infections, and other severe conditions.

How to prevent dehydration in the elderly?

If you want to prevent dehydration, you should:

How long does it take for the elderly to recover from dehydration?

That depends on the severity of dehydration. For example, if it’s mild, the symptoms usually improve right after drinking enough fluids. However, if the dehydration is severe and IV is administered, the elderly should recover after the fluid replacement. Treating the cause is also crucial and may include antibiotics, medication changes, or lifestyle changes.

Why do the elderly not want to drink?

The natural aging process makes the body’s ability to signal not having enough fluid weaker. Therefore, older people don’t feel thirsty and may not notice they need to drink water, further leading to dehydration in the elderly.

Dr. Nikola Djordjevic, MD
Dr. Nikola Djordjevic, MD is a practicing physician, co-founder and project manager of medalerthelp.org, a site dedicated to improving your knowledge about health, nutrition, fitness, aging, retirement, and much more. He leads a remarkable team of medical writers and reviewers devoted to saving your time and simplifying the process of finding the perfect solutions for everyone.

Aging and Sleep: All You Need to Know

Beware of These 15 Types of Senior Scams

Falls in the Elderly: Causes & How to Prevent Them 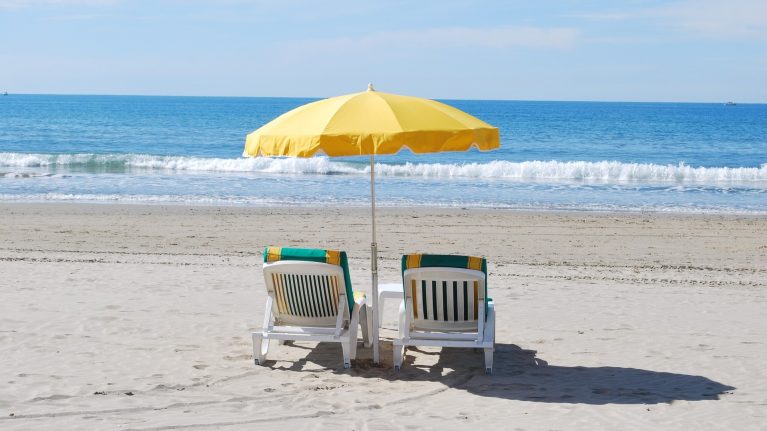