How to Get Rid of Double Chin in 2022 (Complete Guide)

HomeBlogHow to Get Rid of Double Chin in 2022 (Complete Guide)

Double chin is also known as submental fat and is caused by various factors, which may not necessarily include having excess body fat. However, excess fat does top the list of causes. If you want to know how to get rid of double chin issues, the recommendations this guide highlights will come in handy.

Causes of a Double Chin

Here are the most probable double chin risk factors.

Too much facial fat is an immediate cause of a double chin. The weight of the fat pulls it towards your chin. This means that the likelihood of a double chin increases with overall weight gain.

Sometimes, fat accumulating in the chin doesn’t have to come from other parts of the face. Genetics is a good explanation for this. If some of your family members have a double chin, it probably means genes that make fats accumulate in the chin exist in your family.

Poor posture is the main culprit in several health conditions, especially those affecting the musculoskeletal system, such as pain in the back, neck, and shoulders. Its effect on the neck and chin can weaken the muscles in these places, leading to saggy skin and a double chin.

Knowing what causes your double chin can help with finding a solution. The elasticity of our skin weakens with age, which may create saggy skin on the chin. Age makes the genetic saggy chin more visible. This usually becomes noticeable at the age of 40, or sometimes even earlier.

How to Get Rid of Double Chin Through Exercise

Like other unwanted fats in the body, you can manage a double chin with special exercises that eliminate the fats causing your skin to sag. There are two recommendations on how to lose your double chin through exercise. You can either use the simple exercises described here or use certain tools for jaw exercises. Be careful, though, when using any tools for this purpose.

Simple Exercises to Get Rid of a Double Chin

Let’s start with some exercises that don’t involve any tools.

This routine involves the following steps:

There’s a degree of sagging in every double chin. A face lift exercise is one of the best exercises that prevent sagging, making it an effective recommendation on how to get rid of neck fat. It involves keeping your mouth open as wide as possible with the nostrils also widened and maintaining this position for 10 seconds.

There’s a big debate about whether this action can help you lose a double chin. Chewing gum is a motion that uses muscle energy and, therefore, should deplete fat reserves in the working muscles. But the effect is usually negligible because you’ll have to do a lot of chewing for any noticeable difference. Some people claim that it helped them eliminate a double chin. Others think the benefits, if any, will be short-lived. Still, we think it’s worth a try.

Roll your tongue tight and push it towards your nose while looking straight ahead. Hold it in this position for about 10 seconds, and then relax. Repeating this several times daily alongside the aforementioned exercises to lose neck fat should help you see noticeable results.

The fish face is a favorite selfie pose for many. This is done by sucking your cheeks tightly with the lips slightly apart. Hold it like that for 30 seconds, and then take a breath. Relax your face and repeat this action 4–5 times. If you find this straining for your face, it’s okay to just pout.

Kneel and sit on your feet, with palms on your knees and your back straight up. Stick out your tongue as far as you can without straining your muscles too much. Breathe in and exhale, releasing the air with a roaring sound. Repeat this 6–7 times a day.

This simple sitting routine is one of the most effective exercises for double chin. While comfortably seated, look straight ahead and place your fingers at the nape of your neck. Stroke gently downwards with your fingers while first tilting your head backward and then bending your neck so that the chin touches the chest. Repeat this motion twice, and if you remember to do this often enough, you should eventually get rid of your double chin.

Jaw exercise tools are trending on social media, and people are increasingly adopting them. While these tools offer some benefits, they also pose serious risks to those who use them incorrectly. Their popularity and risks have drawn the attention of dentists and experts worldwide. Many warn people against them, despite manufacturers promoting Jawzrsize as an effective tool for double chin exercises.

People use these tools to make their face slimmer, eliminate a double chin, and get a more defined jawline as advertised by manufacturers. It’s also claimed that they can increase bite force and firm up neck muscles. With so many people looking to improve their looks, it’s no surprise these devices have gained widespread acceptance among men and women who are trying to figure out how to get rid of neck fat and get a jawline. However, research doesn’t support most of these claims.

It’s a ball of silicon that you boil and bite down on. The ball molds to your teeth and provides 20–50 pounds of resistance, requiring quite a bit of effort to bite down. Doing this on a regular basis strengthens the masseter muscles and increases their size. Ultimately, you develop a stronger bite and lose neck fat.

However, researchers couldn’t find any link between masticatory muscle training and facial structures like a double chin. Instead, they identified three serious risks:

On the other hand, there are somewhat strong claims that these tools work to improve facial looks.

Ways to Get Rid of a Double Chin Through Diet

That means you can eliminate double chin by eating a healthy diet and exercising regularly. Of course, if you want to make the process faster, you might also want to look into effective weight loss pills. In light of these realities, here are the general diet recommendations on ways to get rid of a double chin:

How to Fix a Double Chin Through Treatments

If you find exercises and dieting somewhat challenging, any of the following treatments could be a game-changer.

Liposuction is a less popular treatment for losing neck fat because it involves surgery and sucking fat deposits from certain parts of the body. It can be done on most body parts. After liposuction, your chin’s skin molds itself to the new contours of the treated area. Those with good skin tone and elasticity will have a smooth chin afterward. But loose skin with poor elasticity will sag after surgery, making liposuction a poor choice for some people.

Lipolysis is a better alternative to liposuction as a double chin treatment because it doesn’t involve any invasive surgery and can work for anyone, including those with loose skin. Lipolysis removes fat deposits from your double chin by dissolving fats and tightening the fats around them, following the injection of substances like deoxycholic acid—a naturally occurring acid in our bodies.

One of this acid’s primary functions is to dissolve fat in water. In the presence of this acid, fat cells break down, releasing the fats within them, which are then transported through the bloodstream to the liver and fully dissolved. The major advantages of this treatment over liposuction are the reduced cost, increased convenience, and fewer side effects like swelling, infection, and loss of sensation.

The fats in a double chin tend to exhibit stiff resistance to neck fat exercises and a healthy diet. Double chins are often a result of age, obesity, and genetic traits. This is why lipolysis is a popular option in the cosmetic industry.

Mesotherapy also uses an injection to treat a double chin. The injected liquid comprises vitamins, enzymes, hormones, and some plant extracts. If you want to find out how to get rid of neck fat under the chin while rejuvenating and tightening the skin around it, mesotherapy is probably what you’ve been looking for. A French doctor developed this technique in 1952, and its major use was for pain relief. Today, it’s used to address a range of problems. Some of its popular benefits include the following:

Doctors can use one or more of several solutions, which may include:

This procedure is another common recommendation that people get when inquiring about how to lose a double chin. CoolSculpting is a method of fat removal that relies on freezing fat cells to block blood and oxygen from reaching them. The cells eventually die off, and the body gets rid of them as waste products.

It also has the advantage of strengthening the skin around your double chin so that it firmly molds itself to the treated area without any sagging. However, the drawback of CoolSculpting for double chin is that it takes time to yield results due to the need to freeze and kill the cells. It can take weeks or even months for the dead cells to detach and leave the body.

The entire process typically takes several months. Some cells may not die off and might still recover in time. Hence, several treatments may be required to eliminate all the fat cells—typically at least two submental fat treatment sessions.

The Kybella method uses a synthetic version of deoxycholic acid, whose natural function is to break down fat by destroying its cell membrane. It’s been approved by the FDA for treating double chin.

During a Kybella treatment, your doctor uses thin needles to deliver a dose of sodium deoxycholic acid into the mesoderm in your chin. It’s a similar treatment to lipolysis, except that it’s a proprietary blend submental fat treatment, usually takes some weeks, and may present the following side effects:

We’ve highlighted several recommendations on how to get rid of double chin issues and how to prevent them by avoiding certain diets. One of these should work for you regardless of your skin type or genetics. In our opinion, the most effective method is to eliminate your double chin naturally by revising your diet or taking one of the injections that eliminate fats.

Don-Pedro Ume, PharmD
Don-Pedro is a pharmacist and professional content writer. He primarily enjoys writing on anything health-related, and sometimes delves into niches such as technology and education. Being a health practitioner, he’s bent on breaking down the most recondite health topics into easy-to-understand write-ups. On days when he’s not writing, he’s probably updating his music playlist or binge-watching some series!

34 Amazing Coffee Statistics to Wake You Up in 2022 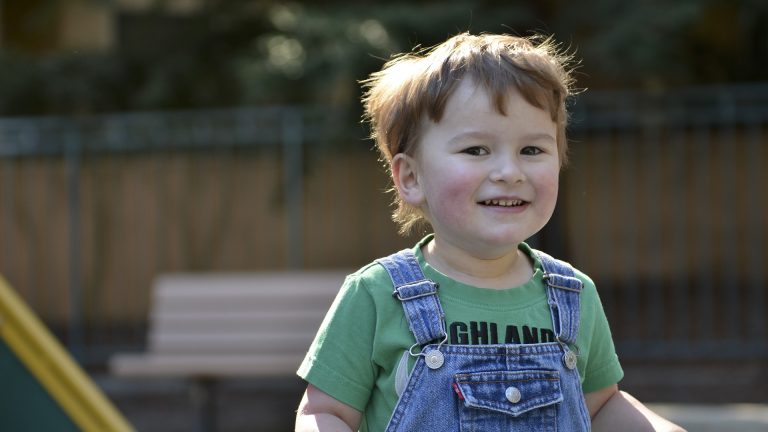 Falls in the Elderly: Causes & How to Prevent Them

Beware of These 15 Types of Senior Scams

How to Get Rid of Whiteheads in 2022 (Complete Guide)