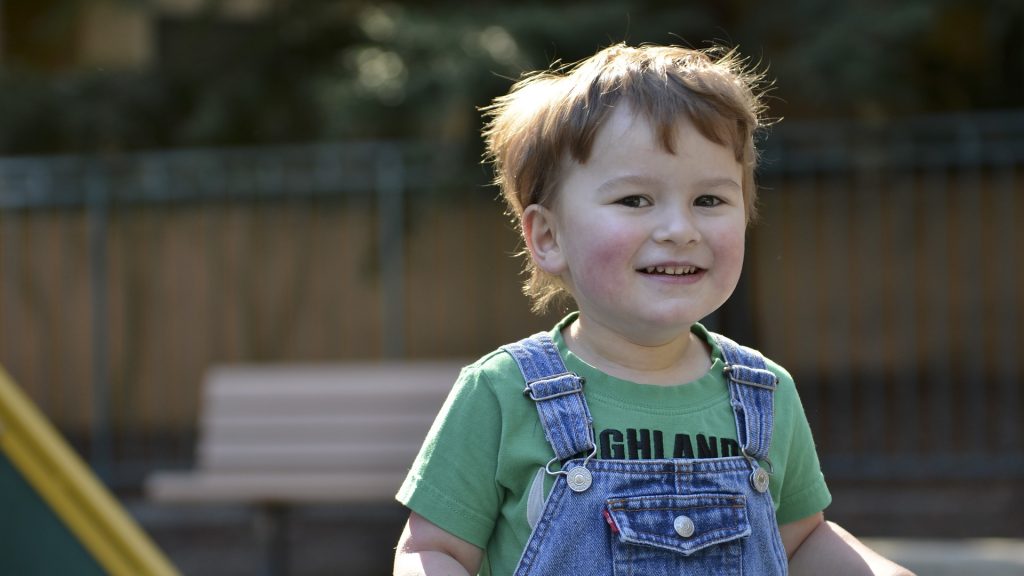 Autism spectrum disorder (ASD) is one of the most common developmental disabilities. The disorder refers to a wide range of conditions characterized by challenges with repetitive behaviors, non-verbal communication, social skills, and speech. Now, we have compiled relevant autism statistics in this article. Read on to extend your knowledge of the topic and make space for inclusive conversations.

Most Crucial Autism Facts and Stats

Make sure you read the following section to find out how many people in the US are autistic, which gender is more affected by the disorder, whether autistic children have difficulties speaking, and much more.

1. Around 5.4 million adults in the US are autistic.

2. One in 54 American children is autistic.

That translates to 18% per 1,000 children at the age of eight. Additionally, autism demographics suggest that ASD affects children and adults of all racial, ethnic, and socioeconomic backgrounds.

3. Around 40% of autistic children do not speak.

Others have limited communication and language skills. That said, some autistic children can tackle the issue later on, positive autism facts suggest. Thankfully, healthcare specialists can devise treatment strategies to help a kid develop their communication skills. All in all, early intervention with speech and behavioral therapy is of utmost importance.

4. ASD is four times more likely to occur in boys than girls.

That said, the validity of this stat should be put under scrutiny. According to autism misdiagnosis statistics, many autistic girls go undiagnosed. One of the reasons for that is that girls are often thought to be quieter by nature. Finally, symptoms of mental health issues might overlap with those of autism, leading up to a misdiagnosis.

5. Parents may not notice a developmental problem until the child turns three.

Children develop differently and at their own pace. Be that as it may, an ongoing delay in development can be alarming. The issues parents notice in their children are challenges with communication skills and social development.

7. If one of the twins is autistic, there is a 96% chance for their identical twin to be autistic, too.

Indeed, facts about autism spectrum disorder point to an impressive likelihood. Note that symptom scores vary in autistic twins, with genetics deemed accountable for a mere 9% of the trait variation.

8. Parents with an autistic child have up to 19.5% chance of having a second autistic kid.

At the very least, the chance of having a second autistic child is 6.9%, based on autism diagnosis statistics. The chances of a second child having atypical development are somewhere between 30% and 40%.

9. Mothers diagnosed with diabetes have a 48% chance of having autistic children.

According to autism rates statistics, gestational diabetes increases the likelihood of having an autistic kid by up to 50%. Besides, studies have found that women who have diabetes and are obese in pregnancy are also likely to have an autistic child.

10. Autism statistics worldwide reveal that one in 160 children is autistic.

While some people are diagnosed in childhood, others get proper diagnoses much later. Note that the disorder affects people differently—some autistic people can live independently, while others require more support or life-long care. What’s more, autistic people and their families might incur considerable expenses as access to much-needed services is still inadequate in many places.

11. Autistic children might resort to self-harm, autism facts point out.

Autistic people might engage in self-injurious behavior after feeling socially isolated or rejected, changing jobs or moving homes, experiencing the pressure of work or school responsibilities, or being bullied.

Namely, a study pointed to higher levels of anxiety in autistic respondents compared with non-autistic participants. Notably, a point often overlooked is that doctors need to prepare for the consequences of long-term isolation.

The section below elaborates on clinical companions of autism: insomnia, anxiety, obesity, epilepsy, schizophrenia, diabetes, and others. Keep on reading to learn about the comorbidity cluster.

13. 40% of autistic people have greater anxiety.

Anxiety and poor stress management are of serious concern for autistic children and adolescents. Namely, about 40% of autistic young people have higher anxiety. Thankfully, interesting facts about autism note that essential oils and other natural remedies help relieve stress in autistic children.

14. Autistic adults are more likely to be affected by schizophrenia.

Autism spectrum disorder and schizophrenia share a lasting history of diagnostic confusion. Notably, autistic adults have a 3.55 times higher chance of being affected by schizophrenia compared with the general population, autism statistics reveal.

15. Epilepsy is most common in autistic children over the age of nine.

In a nutshell, epilepsy is a neurological disorder characterized by recurrent episodes of seizures and associated with abnormal activity in the brain. Autism spectrum disorder statistics show that epilepsy is most common in autistic children over the age of nine. What’s more, autistic children over the age of ten have a 2.35 times higher chance of being diagnosed with epilepsy than younger children.

Namely, autistic adolescents and young adults are three times more likely to develop type 2 diabetes. Overall, the autism spectrum disorder prevalence in approximately 1,000 children with type 1 diabetes proved to be greater than that in the general population.

17. Over 50% of autistic children are either overweight or are at risk for being overweight.

Autism awareness facts uncover that autistic people are more likely to be obese. Namely, 19% of autistic children are obese, and 36% are at risk of being overweight. That, in turn, puts children at increased risk for other health problems—cardiovascular disease, diabetes, bone and joint problems, and depression.

18. There is a 13% prevalence of sleep disorder in autistic people.

Autistic children and adolescents tend to have sleep problems. Autism and sleep statistics point to a 13% prevalence of sleep disorder in autistic people compared with a 3.7% prevalence in the general population.

In other words, autism statistics from 2020 suggest that the prevalence of sleep disorder in autistic people is almost 10% higher. All in all, it’s important to properly diagnose and treat sleep problems in autistic people since they can increase the psychological burden of the disorder and intensify its symptoms, like irritability or inattention.

19. Autistic people are 2.5 times as likely to die from COVID-19, as noted in autism spectrum disorders statistics.

Autistic people, people with Down syndrome, and people with other development disorders (one in 50 Americans) are at an increased risk for dying from the virus. That is mainly due to some co-occurring conditions such as heart and respiratory diseases.

20. Family members of autistic people ask for them to be prioritized in COVID-19 vaccination plans.

Autism stats by state uncover that family members and caregivers are trying to persuade states to prioritize people with developmental disorders in the vaccine rollouts. According to them, these people have been ignored for quite some time now. Little is understood about these developmental disorders by medical professionals, making both diagnostics and treatment even more difficult.

Education and Autism Facts and Statistics

As you might already know, autistic children may have trouble understanding directions and following the vocal or facial cues of their teachers. They might also have problems communicating their needs to both teachers and other students. Read on to learn more.

21. Autism stats show that 44% of autistic children have an average to above-average intellectual ability.

Autism may be accompanied by hyperlexia—the ability to read above one’s age or grade level. In other words, many autistic children show strong reading skills between the ages of two and four. Studies mark high autism rates in kids with hyperlexia—84% of children with hyperlexia are autistic.

23. More than half of autistic children present with minimal or no functional speech.

Autistic students may display deficits in communication with varying severity—from monotone speech or a specific preferred topic to a complete absence of verbal communication. All in all, ASD statistics uncover that 61% of autistic children present with minimal or no functional speech.

24. In England, most autistic children continue their education in mainstream schools.

It is said that people with more severe forms of ASD find it challenging to handle jobs that involve a lot of communication with others. That said, what do statistics have to say about the employment of autistic people? Read on to find out.

The UK’s National Autistic Society (NAS) researched the employment of autistic people. Of 2,000 autistic people partaking in the research, only 16% worked full-time. Other findings suggest that the autism unemployment rate is quite high despite 77% of unemployed autistic people saying they want to work.

Autism stats by year uncover the ever-increasing unemployment rate of autistic people despite their willingness to work. Notably, working autistic people, especially part-time workers, would like to work more hours.

Our team worked around the clock to compile the most important statistics bound to make room for more informative and inclusive conversations. Read on to find out what other data we deemed essential.

In other words, medical and nonmedical expenses along with productivity losses associated with the disorder amount to $268 billion per year. The expenditures are forecast to rise to $461 billion by 2025, following the increase in socioeconomic and public health concerns.

Autism facts point out that autistic children might showcase great creativity. Following that, having creative outlets early on might help autistic people unlock and realize their potential.

As a parent, one could try introducing the following activities in their child’s day:

32. Vaccination and autism statistics reaffirm that vaccines don’t cause autism.

A significant number of studies have reaffirmed again and again that there is no link between vaccines and ASD. A 2013 CDC study, in particular, looked at the number of antigens from vaccines in the first two years of life. The results showed that the total number of antigens from vaccines was the same between autistic and non-autistic children, drawing a clear line between autism facts and myths.

33. Mothers of autistic children are less likely to work outside the home.

34. Data on autism rates uncovers a 7% prevalence of ASD in children born prematurely.

A study has identified perinatal (before and after the birth of a child) risks for ASD specific to preterm infants. They include acute and chronic lung disease (CLD), intracranial hemorrhage, and low gestational birth age and birth weight.

35. The mortality rate is twice higher in autistic people.

All in all, autism is one of the most common yet still heavily misunderstood disorders. Now, our team believes that raising awareness of autism is of utmost importance. The more we know, the more autistic people we listen to, the more likely we are to engage in inclusive conversations and devise strategies to accommodate autistic people in our communities and beyond.

In a nutshell, autism spectrum disorder is a complex developmental disorder that refers to a wide range of conditions and is characterized by challenges with social skills, non-verbal communication, speech, and repetitive behaviors.

There is no one cause of autism. In other words, researchers suggest that this disorder is the result of a combination of environmental and genetic influences.

Can a gifted child be autistic?

What country has the highest rate of autism?

How many people have autism in the world?

According to the CDC, approximately 1% of the world’s population had ASD in 2014, which translates to 72 540 000 people. As for the prevalence, one in every 160 children worldwide is autistic.

Why is autism increasing?

According to researchers, the main reason lies in the diagnosis of milder forms of autism. What contributes to it is the increased awareness of the disorder. Following that, many family members and caregivers notice the symptoms early on and seek medical attention, autism statistics remark.

Hermina Drah
Hermina believes that every day is a chance to learn something new about the obscure world around us. The driving force behind her writing is her passion for sharing knowledge with others all around the world. After attaining her master’s degree in English language and literature, she has decided to join the team of creative writers dedicated to delivering the hottest content on the web. So what are Hermina’s favorite topics to cover? Animals, good books, health, fitness, self-care—you name it. 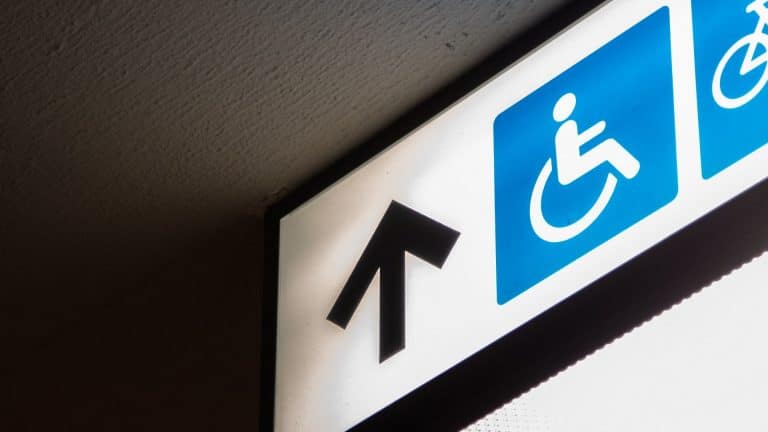