24 Organic Food Statistics & Facts for a Much Healthier 2022

HomeBlog24 Organic Food Statistics & Facts for a Much Healthier 2022

There are many reasons why you should be eating more organic foods. Not only does organic food contain fewer pesticides than regular food, but it is also typically fresher and more flavorsome.

By taking a glance at organic food statistics, we can notice a remarkable rise in consumer demand. However, what do the numbers show about the industry’s actual size?

If you want to find out more about this booming industry, acquaint yourself with our selection of fascinating statistics and facts.

With the increasing awareness about the importance of a healthy diet, more people are turning to organic food and beverages. Now, let’s discover how it is reflected in the sales revenue and the overall value of the organic market.

According to findings, the global organic food and beverages market was estimated to grow at a 15.7% CAGR from 2014–2020. The same organic food statistics also found that vegetables and fruits dominated the market, accounting for more than 35% of worldwide market revenue in 2013. As for poultry, fish, and meat, these were projected to be the most rapidly growing organic foods, at around 14.6% of CAGR from 2014–2020.

The rising awareness about the benefits of organic foods and beverages has most definitely stimulated the natural food industry growth. What’s more, the increase in chronic conditions and the rise of healthcare costs have made even more consumers focus on their diet.

3. Denmark, Sweden, Switzerland, and Austria are the highest spenders of organic products.

When it comes to organic food consumption by country, stats reveal that the US has the largest organic food and beverage market. That said, Denmark leads in market share as 14% of retail food sales are driven by organic products.

Although organic food and drink sales witnessed a significant decrease from 1,704 million GBP to 1,382 million GBP in 2009–2011, organic food industry statistics reveal that the figures have surged since 2012. Based on the most recent data, the 2019 sales revenue of organic foods and beverages in the UK was 2,298 million GBP.

5. Australia is the home of 51% of the world’s certified organic land.

Naturally, the main reason why more and more Australians are opting for organic foods and beverages is the increasing awareness. Healthy food trends also remark that the top perceived benefits of organics are that they are free of chemicals (80%), friendlier to the environment (71%), and free of additives (65%).

Organic food trends point out that the organic food and beverage market in Canada is booming as well. Based on the findings of a survey from 2020 that analyzed the answers of 5,416 respondents, only 13% of Canadians have never consumed organic products.

The organic food market growth in India is impressive as well. In fact, in 2020, it was valued at $849.5 million and is expected to grow in the upcoming years. As for organic beverages, pulses, tea, and milk products have the greatest appeal.

This staggering figure indicates that Mexico is the country with the highest value of organic exports among selected Latin American countries.

In addition to this, statistics on organic foods in Mexico from 2018 revealed that there were 24 exporters of organic products, excluding smallholder farmers.

Without a doubt, the leading organic crop in Mexico in 2018 was coffee, followed by mango and avocado.

Now, let’s see what other healthy food statistics point to. Although revenues have increased, many German survey participants claimed that they rarely purchased organic foods and beverages, primarily because of their high prices.

We have already established the value of the global organic market. Now it’s high time we looked into the state of affairs at home. Read on to learn about the standing of the organic food and drink market in the US.

Data from the most recent 2020 US Organic Industry Survey revealed that this record-breaking amount marked a 5% increase from 2018. Apart from this, organic food sales in the US reached $50.1 billion in 2019, 4.6% more than the previous year.

12. Organic vegetables and fruits comprise 14.6% of the total produce sold in the US.

Organic food consumption statistics also show that organic vegetables and fruits have almost doubled their market share in the past ten years. Some of the most popular organic produce include greens, bananas, carrots, avocados, cauliflower, and tropical fruits like mangos.

13. 5.7% of food sold in the US is organic, based on healthy food industry statistics.

It is safe to say that the organic market ceased being niche. Nowadays, organic food is easily accessible in almost every store in the US. In other words, be it your neighborhood convenience store, big-box store, or club warehouse store, the likelihood of you locating organic products is incredibly high.

14. The sales of organic deli lunch meat increased by 18% over the last four years.

Nowadays, American consumers desire fresh, organic options, even though the average cost per month for organic food will likely make them go past budget limits.

15. How many people eat organic? An astounding 83% of US citizens opt for organic at least some of the time.

Based on a recent report’s findings, organic food is becoming more and more popular in the US. As mentioned above, an impressive 83% of Americans buy organic products at least some of the time. Notably, the number of those buying organic products was much lower mere six years ago as it stood at 30%, stats on the organic food industry remark.

Some of the most common reasons why Americans choose organic over standard include health concerns and fear of harmful chemicals in foods. Nevertheless, many Americans remain skeptical about the actual health benefits of organic products.

16. USDA’s funding for organic agriculture research will increase to $50 million annually by 2023.

Organic food facts and statistics point to considerable interest in organic research. According to statistics, its funding has finally become permanent. Experts in the field note that the research into organic farming used to lag behind organic farming’s market share, making permanent funding even more important.

The importance of eating healthy and eating organic cannot be overstated. Time to learn how much we tend to spend on organic food and how it measures up globally. Read on to learn more about organic food expenditures and the overall affordability of organic products.

17. 62% of US consumers would purchase organic if it were more affordable, based on facts about healthy food.

The authenticity of organic product labels is another concern, with a mere 26% of American consumers claiming they trust most organic food labels. Overall, as little as 13% think organic products are properly regulated.

19. Millennials with children are the most likely to spend money on organic food.

According to the demographics of organic food consumers, of all American parents, 52% of organic food buyers are millennials, whereas 35% are Generation X fathers and mothers. As for Baby Boomer parents, they make up only 14% of the organic food shoppers.

20. Fun facts about organic food show that you should avoid organic junk food to save money.

One of the easiest ways to save money during your next organic food shopping spree is to choose healthy staples such as organic apples or organic oats; avoid organic soda, organic candy, and other junk food snacks and treats. Typically, organic junk food is more expensive.

21. Choose seasonal organic food to cut down on grocery costs.

We all know that organic blueberries are very expensive, especially in the winter. However, once blueberries are in season during the summer, they become more affordable. Healthy food facts reveal that it is always a good idea to consume seasonal organic foods and look for sales.

Remember, some of the most delicious organic fruits and vegetables available year-round are apples, lemons, coconut, bananas, carrots, and potatoes.

Last, we would love to sprinkle in a few facts that our team found most interesting. Hopefully, these facts will spark your interest just as much.

22. There are 20–40% more antioxidants in organic fruits and vegetables than in conventional foods.

As for antioxidants, these substances are crucial for optimal health. Unfortunately, the lack of these affects the prevention of chronic diseases.

Choose organic meat products instead of conventional options to avoid growth hormones and antibiotics. According to interesting healthy food facts, another benefit of organic farming methods is that the livestock can access pasture. Hence, these animals are healthier.

24. Organic food is not genetically modified.

What percentage of food is GMO? Shocking as it may seem, it is estimated that around 75% of processed foods in supermarkets contain ingredients that are genetically modified (GMO).

Foods that are genetically modified (GMO) can cause allergic reactions and antibacterial resistance, to name a few. Fortunately, the use of GMOs is not allowed in organic products. For example, GMO food facts claim that organic farmers are prohibited from planting genetically modified seeds, and organic livestock cannot consume GMO corn or GMO alfalfa.

All things organic seem to be making rounds these days. Be it a thoroughly designed organic mattress or a potent, organic turmeric supplement—consumers tend to opt for organic items no matter the category.

Now, an increasing number of people are changing their diets and swapping out conventional food and beverage items for organic options. Based on the statistics given above, an even more significant number of consumers would turn to organic products if they were more affordable.

Overall, these organic food statistics are optimistic. Hopefully, in the future, organic foods and beverages will be more affordable and accessible for customers.

Why is organic food more expensive?

Certified organic foods and beverages are typically more expensive than conventional products because of some of the following reasons:

Who sells the most organic food?

Costco became the leading top organic food retailer, reporting a ground-breaking $4 billion in organic food and beverage sales in 2016. The famous American chain is well known for its low prices and bulk stock, making it a good option for consumers on a budget. For instance, organic quinoa retails for around $2.87 at Costco, whereas at Whole Foods, it’s $5.99.

How big is the market for organic food?

The market for organic food is booming. In 2014–2020, the global market was estimated to grow at a 15.7% CAGR. As for the US, sales of organic food in the country reached an impressive $50.1 billion in 2019, according to organic food statistics.

The growing market demonstrates that people from every part of the world are making an effort to consume more organic food and beverages. As evident from the statistics above, even more people would jump on the bandwagon if the prices were not as high.

Hermina Drah
Hermina believes that every day is a chance to learn something new about the obscure world around us. The driving force behind her writing is her passion for sharing knowledge with others all around the world. After attaining her master’s degree in English language and literature, she has decided to join the team of creative writers dedicated to delivering the hottest content on the web. So what are Hermina’s favorite topics to cover? Animals, good books, health, fitness, self-care—you name it.

When to Take Creatine—Comprehensive Guide for 2022

25 Vitamin C Foods That Will Boost Your Immune System 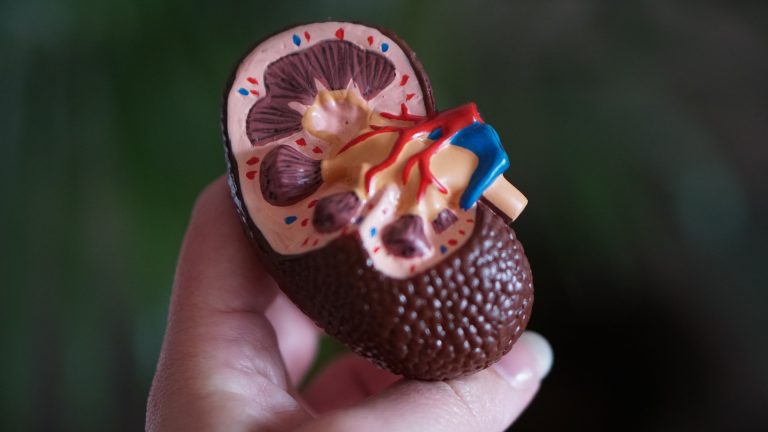