With the pandemic still ongoing and everybody focused on the topic of vaccination, pharma statistics are more wanted than ever. Today we bring you a collection of facts that will hopefully answer some of the questions you might have about the world of pharmaceutics. Scroll down to see what we’ve prepared for you!

Pharmacy Facts and Stats About COVID-19

Let’s start with some info on how successfully the industry’s handling the “new normal” imposed by the virus.

Pharmaceutical industry statistics indicate that the most prolific researcher and developer is the California-based company Sorrento Therapeutics. It had 13 remedies in development at that time, while second place was shared by ImmunoPrecise Antibodies and GlaxoSmithKline, with nine vaccines and/or drugs being developed.

2. So far, 32 biotechnology and pharmaceutical companies have joined the EFPIA to work on diagnostics and vaccine development.

These companies include giants like Pfizer and Merck, along with Roche and Genentech, Ipsen, and others. Membership and anti-COVID-19 efforts are part of the EFPIA’s #WeWontRest pandemic response campaign.

3. Responses to the health crisis have increased various pharmaceutical and biotech companies’ profits and stock values.

As for the standing of the global pharmaceutical industry in 2020, there was a 66.8% increase in 61 European companies’ share prices in the first half of 2020. Fourteen of them had an average growth of 200.5%, while 47 witnessed a 17.1% average rise in share value, pharmaceutical industry statistics reveal. The top 14 focused on COVID-19 diagnostics, but also vaccines and treatments.

4. The overall pandemic impact on the major pharmaceutical companies’ profit margin has been negative.

This is mostly caused by decreased in-person contact. Due to lockdown, people have been physically visiting doctors a lot less, and the companies’ sales representatives haven’t had as much contact with physicians and health institutions.

The US is a significant player on the global stage, so let’s take a look at some data about the state of pharma in this country. Read on to learn about the pharmaceutical industry worth.

America’s contribution to the global pharma revenue is undisputable. This becomes even more obvious if we take into account that the second country on this list—China—reached no more than 8.5%. Japan was a close third, with 7.1%, followed by Germany (4.2%) and France (3.2%).

6. The US pharma industry is the largest in the world, both in market size and R&D participation.

7. Three out of the top five pharmaceutical companies in the world in 2020 are based in the US.

Most of them focus on drug R&D (both chemical and biological) for use in human and veterinary medicine. They also manufacture these drugs, and handle the marketing and distribution.

Many of these companies also develop, manufacture, and distribute medical alert systems and similar devices, but also herbal products for complementary medicine. There’s also an overlap between the pharma industry and the beauty industry, usually in the form of medicinal cosmetics.

9. Within the US pharmaceutical industry, companies spend an average of 17% of their revenue on new drugs’ R&D.

Since their survival and success rely on the creation and sale of new medicines and drugs, a large portion of pharmaceutical company profits are allocated to that effort. Exactly how much money a company invests into R&D depends on its size, available budget, and position in the market.

10. In 2019, Abbott Laboratories and Pfizer invested the smallest portion of their income in the R&D of new products—approximately 7% and 15%.

11. The US pharmaceutical industry suffered a massive blow to its reputation in 2019.

According to a Gallup opinion poll, this industry scored the lowest out of all 25 industries tested yearly. These pharma statistics show that public opinion about the industry plummeted during the given period. Its chances of being labeled by Americans as negative grew to 58%.

12. In 2020, eight American pharma companies were involved in multi-billion merger and acquisition megadeals.

In the second half of the year, five enormous company buyouts happened in the country’s pharma market. The total value of these megadeals comes out to approximately $97 billion, as indicated by pharmaceutical statistics from 2020. The companies involved were:

Interesting Facts About Pharmacy and Pharmacists

Our list of pharmaceutical industry facts wouldn’t be complete without mentioning those who left a huge mark on the industry’s history.

13. Some of the earliest known prescriptions date back to Ancient Egyptian times.

Some of the oldest prescriptions preserved to this day were discovered in an Ancient Egyptian document, the Ebers Papyrus. It was named after a German egyptologist called Georg Ebers, who bought it in 1873.

Originated in circa 1550 BC, the document contains over 700 prescriptions for problems like toenail pain, crocodile bites, etc. Some of the prescriptions are medicinal substances and recipes, while others are folk remedies and incantations.

14. Pharmacists and physicians were legally separated as occupations in 1241.

Pharmacy history trivia tells us that doctors doubled as pharmacists until the 13th century. Each physician prescribed, made, and sold medicine at their own prices until Frederick II of Hohenstaufen decided to put a stop to it.

He passed a law that made it illegal for “any licensed physician [to] keep an apothecary’s shop himself.” Apothecaries were ordered to prepare drugs “in the prescribed form, without any fraud.” If the inspectors controlling doctors and pharmacists were caught in corruption, they were executed.

15. Benjamin Franklin helped establish the first public pharmacy in the US.

One of the names you weren’t perhaps expecting while reading pharmacy history facts is Benjamin Franklin, who is often dubbed “the father of pharmacy.” Franklin co-founded Philadelphia Hospital, the very first public hospital in the States.

When the surgeon Thomas Bond proposed the project, Franklin organized a petition to support it in front of the Pennsylvania Assembly and provided half the budget. The new hospital included an in-house pharmacy, at the time called the hospital apothecary.

16. The world-famous beverage Coca-Cola was actually invented by a pharmacist.

John Stith Pemberton created this drink to help wean people off of painkillers—including himself. He became addicted to morphine after being wounded in the Battle of Columbus. In 1886, his new recipe started being sold at Jacob’s Pharmacy in Atlanta as a “refreshing fountain drink.”

Projected Trends and Pharmaceutical Statistics in 2022

The last segment focuses on several intriguing predictions concerning the pharmaceutical aspect of the healthcare industry in 2021. Take a look at who is expected to profit the most and what technological advances will shape the face of the pharma world in the immediate future.

17. On the list of the largest pharmaceutical companies by revenue, Roche is expected to rank #1 this year…

Moreover, its earnings are forecasted to reach a whopping $51.3 billion in 2021. Roche’s close second is highly likely to be Novartis, with $51 billion in revenue, while AbbVie is expected to rank third.

Looking at the pharma market trends by sector, new sales and developments in oncology are undoubtedly the biggest factors in play. The market was dominated by new drugs and medicines aimed at treating cancer in 2020 and that trend is expected to continue in 2021.

Predictions regarding the US pharmaceutical industry revenue say that Merck & Co.’s Keytruda will have the most new sales, contributing to the company’s forecasted profit growth of $2.7 billion.

Both ongoing and future studies will have to adapt to disruptions caused by the various anti-COVID measures. This entails decentralized research efforts and online collaboration. Additionally, clinical trials are becoming more flexible in order to obtain sufficient amounts of relevant data.

Technological development trends in the pharmaceutical industry are leaning toward AI-integrated screening and diagnostics to optimize those processes. More easily available visit points for patients who participate in trials are necessary, and there’s also a demand for diversifying the patient base.

NLP is an interdisciplinary branch of science, which brings together computer science and linguistics. It plays a great part in machine learning and AI development. It is predicted that NLP application will become one of the most influential pharmaceutical trends in 2021 and beyond.

Pharmaceutical companies and biopharma businesses will need its help to make sense of the huge amounts of textual data the industry relies on. This includes academic resources, medical records, physicians’ patient notes, and the avalanche of related info that has made it onto social media.

In case you weren’t already aware of these facts, we really hope our pharma statistics have shown you just how giant and impactful the world of pharmaceutics is. If you have your own predictions or impressions about this topic and you’d like to share them with us, please feel free to drop us a line!

What are the main reasons why Big Pharma is seen as bad?

Big Pharma is a collective nickname for the global pharmaceutical industry, and it’s become a term that paints it in a distinctly negative light. There are several reasons why people take this stance, but among the most frequently mentioned ones are:

How big is the pharmaceutical industry?

At the end of 2019, the industry reached a mind-boggling sum of ca. $1.25 trillion. To help you realize just how much growth is implied by this number, it’s enough to mention that in 2001, the revenue was at about $390 billion.

Which country has the best pharmaceutical industry?

As we’ve mentioned, the US accounts for most of the global industry revenue, but when it comes to exporting pharmaceuticals, statistics reveal Europe as 2019’s indisputable leader. Its countries shipped out $317.1 billion worth of medicines, accounting for 80.7% of the global export value.

The biggest European exporter was Germany ($56.9 billion), followed by Switzerland ($47.8 billion), and the Netherlands ($31.1 billion). So, if we define “best” as “most sought out by other countries,” then Germany gets the title on the basis of pre-COVID pharma statistics.

Doreteja Balaban
Doroteja is a content creator and language play enthusiast with a penchant for noticing links between seemingly unrelated ideas. She puts this observational quirk to use in her career as a content writer, researching and writing compelling articles and blog posts about education, health, fitness, ecommerce, pets, and science. When not working, she enjoys reading everything she can get her hands on, exploring different types of coffee, and trying to make puns work in different languages. 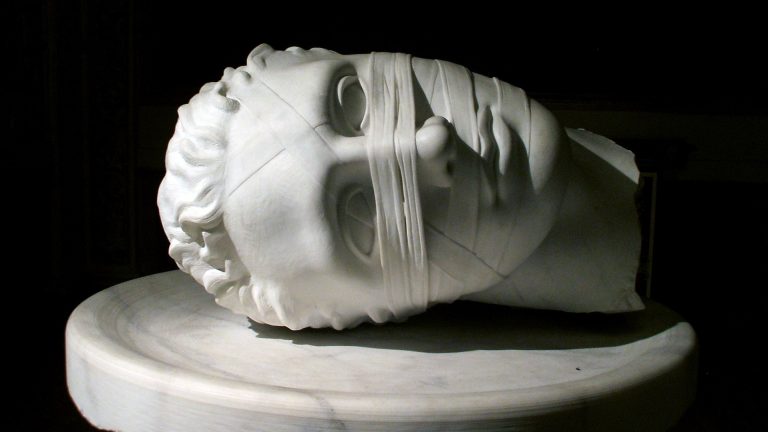